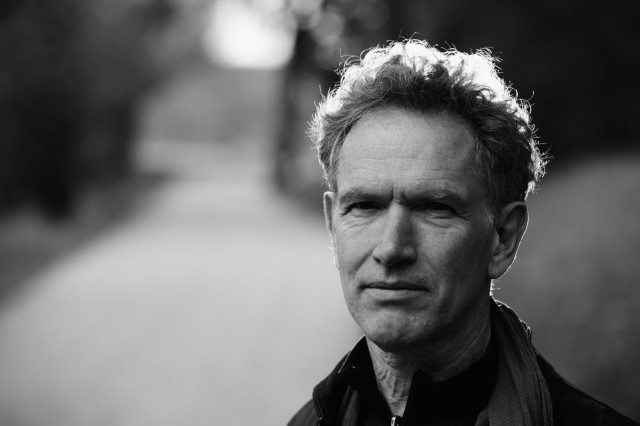 The music of the Danish composer Hans Abrahamsen (1952) is highly poetic and often has a strong visual expressiveness. He paints with a fine brush; his work sounds transparent like a watercolour. – As e.g. in the highly successful fairytale-like Winternacht, which he composed early in his career. Often his music balances on the edge of silence.

‘What you hear are images – essentially the music is already there’, he once said. Just as Michelangelo only had to ‘liberate’ his sculptures from the stone, Abrahamsen ‘digs out’ the arrangement of sounds that form his compositions. Thus he creates a sensual and spatial sound world, in which various ideas flow organically into one another. Occasionally, however, the Arcadian peace is disturbed by bouncing rhythms and loud dissonances.

A recent highlight is the meditative song cycle let me tell you for soprano and orchestra (2013), which he composed at the request of the soprano Barbara Hannigan. The text is composed of the 481 words Ophelia speaks in Shakespeare’s tragedy Hamlet. Hannigan premiered this intensely lyrical piece with the Berliner Philharmonic Orchestra, who also commissioned the Three Pieces for Orchestra. They premiered it on 26 May in Philharmonie Berlin and will introduce it to the Netherlands on June 5th in Concertgebouw Amsterdam.

Three Pieces for Orchestra is an arrangement, or rather reinterpretation of three of his Ten Studies for piano solo, which he composed between 1984 and 1998. In this work he investigates ‘the soul of the piano, formed by all the music that has been composed for it since its inception’. The cycle is divided into four segments, consisting of four, three, two and one part respectively. These connect successively with the Romantic era, Afro-American music and the impressionism of Debussy and Ravel.

The concluding Le trombe del mattino refers to Italy, ‘the land of light’. The different languages are of vital importance to Abrahamsen: ‘They determine the associations of the listener. There may be a world of difference between a ‘Traum’ song, a ‘Drømmersong’ and a ‘Dream Song’. As early as 2004 he orchestrated the first, rather Schumannesque studies, simply titled Four Pieces for Orchestra.

For Three Pieces for Orchestra he arranged the next three movements, in the original cycle called ‘English Studies’. The first, ‘With a restless and painful expression’ has the characteristic angular swing of the American boogie-woogie that became popular in the 1920ies. ‘Calmly moving’ is mainly set in the higher registers, where Glockenspiel, celesta and piccolos create a naive and innocent atmosphere. In the concluding movement, ‘Heavy’, the bass register is dominant.

Abrahamsen dedicated his piece to Sir Simon Rattle, who is making his farewell tour as chief conductor of the Berlin Philharmonic Orchestra. On the programme is also the completed version of Bruckner’s Symphony number 9. ‘The seven minutes of Three Pieces for Orchestra are wonderful, really wonderful music’, wrote a German critic. ‘It’s an extremely charming, very expressive work.’

Thea Derks is a Dutch music journalist, who studied musicology at Amsterdam University. She' specialized in contemporary music and always has an eye open for women composers. In 2014 she wrote the biography of Reinbert de Leeuw and in 2018 she published 'Een os op het dak: moderne muziek na 1900 in vogelvlucht'.
View all posts by theaderks →
This entry was posted in music, news and tagged Berliner Philharmoniker, Concertgebouw Amsterdam, Hans Abrahamsen, Sir Simon Rattle, Three Pieces for Orchestra. Bookmark the permalink.