Between diapers & dishes – the (in)visibility of the female composer 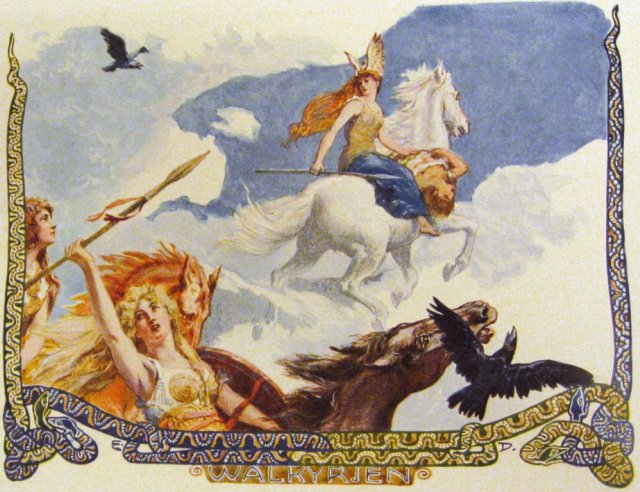 Amsterdam, 8 March 2018. No chance to miss today is women’s day. The media are brimming with articles about the unequal pay for women and their still limited representation in prestigious positions. – In politics, the business world, universities and the arts.

The most conservative is perhaps the classical music world, where the female composer still has to fend for her right to exist. Even in 2018 she still has to cram her creative work in between domestic tasks, it seems. – Will a male composer ever be asked how he combines his work ‘with the children’? Despite tiny steps in the right direction, his female colleague still balances between diapers & dishes.

My own history began in a village in Limburg. I was not allowed to join the local brass band – simply because I was a girl. Later I started my own pop group. Though I wrote all the songs, invariably in interviews my male band members were asked all the questions. During my entire studies in musicology only two ladies were mentioned. Hildegard von Bingen was treated extensively, but after that it remained silent. In my my final year one song by Clara Schumann was analyzed.

During concerts I heard music from Perotinus & Leoninus, Bach and Handel, Mozart and Beethoven, Stravinsky and Bartók. Only in the world of new music I was sparsely treated to works by Galina Ustvolskaya and Sofia Gubaidulina, or Kaija Saariaho and Unsuk Chin. When I started working at Radio 4, I made thematic programs on countless subjects. But the moment I dedicated a series to female composers, I was deprecatingly dubbed ‘Her of the Women’.

Undaunted I tried to get work by female composers performed, but I stumbled on a wall of unwillingness and bias. The most poignant was my experience with the opera The Wreckers by Ethel Smyth. Everyone I played a recording to was enthusiastic about the beautiful and powerful music. – Invariably followed by the comment that Smyth had been ‘strongly influenced’ by Peter Grimes of Benjamin Britten.

A hilarious argument: Britten wasn’t even born when Smyth composed her opera in 1906. Indeed, Peter Grimes did not appear until 1945, a year after her death. When I pointed this out, my interlocutors fell silent, baffled. But the penny did not drop and the opera remained unperformed. While a rediscovered second-class composition of a man is not seldom hailed ‘discovery of the century’.

During the yearly Netherlands’ Music Days hardly any women’s compositions were performed, so I dubbed them the Netherlands’ Men’s Days; in 2010 the event died a silent death. Even the composition competition named after Henriëtte Bosmans was never won by a woman. After I had criticized this in a column, at least some female jurors were recruited. But it wasn’t until 2008, when an audience prize was established, that this finally went to a female composer. After 2011 also this competition ceased to exist.

When the Festival of Early Music Utrecht put Felix Mendelssohn in the context of his time, not one note from his sister Fanny was played. She was not only Felix’s source of inspiration and sounding board, but also a composer who was highly appreciated in her own time. Most probably she developed the ‘Song without Words’, which is invariably attributed to her brother. After yet another column of mine the all-male concept was somewhat released. Since then, sporadically music by Elisabeth Jacquet de la Guerre, Barbara Strozzi, Hildegard of Bingen or Isabella Leonarda was programmed.

A positive exception is formed by the circuit of modern music, such as the Thursday Evening Concerts of Muziekgebouw aan ‘t IJ. The same goes for the Red Sofa series of De Doelen, the Oranjewoudfestival and Dag in de branding. In Gaudeamus Muziekweek, women’s work sounds regularly, although the competition itself is still dominated by men.

The coming edition of Classical Encounters in The Hague only has male works in store for us, even thought the programmer is a woman. Muziekgebouw Eindhoven features two ladies in its new season; the Royal Concertgebouw Orchestra one; the Netherlands Philharmonic Orchestra none. In the upcoming Opera Forward Festival, only two female composers will be represented.

It is sad that even in the 21st century we have to fight for the music of women composers. Nevertheless, there have been some bright spots recently, thanks in part to the social media. Databases with female composers from all ages can be updated online and this information is shared quickly and easily. The #MeToo discussion also contributes to a greater awareness of the subordination of women.

In terms of policy, some steps have been made as well. Mayke Nas succeeded Willem Jeths as Composer Laureate in 2016. A year later, Kate Moore was the first woman ever to win the prestigious Matthijs Vermeulen Prize. The BBC initiated the project Celebrating Women Composers and the new February Festival gave voice to Fanny Mendelsohn and Clara Schumann. From season 2018-19 onwards, the Concertgebouw and NTRZaterdagMatinee will pay structural attention to composing ladies. Its counterpart AVROTROSVrijdagconcert also regularly features music by women composers.

Small successes that ‘Her of the Women’ will continue to fight for in the future.

Tonight Silbersee will perform music by Seung-Won Oh in Muziekgebouw aan ‘t IJ, I will speak to her during the introduction at 7.15 pm.

Please support independent music jounalism. Any amount is welcome. Thanks!